Films Set in and Around Manchester

Films Set in and Around Manchester

Throughout the decades, there have been numerous films set in and around Manchester. Northern grit, working class struggles and family conflict are prevalent themes in many of these films which are memorable for their northern roots and Mancunian setting.

Hobsons Choice (1954) is a romantic comedy directed by David Lean. Set in 1880’s Salford, the film tells the story of boot maker Henry Hobson and his three daughters. Scenes for the film were shot in various locations in and around Manchester including Peel Park in Salford.

A Taste of Honey (1961) directed by Tony Richardson is a gritty British film often referred to as a ‘kitchen sink’ drama. The story follows 17 year old Jo who becomes pregnant after a brief romance with a sailor. A Taste of Honey depicts the gritty realism of working class Manchester and addresses many taboo subjects.

The Family Way (1966) tells the story of two young newlyweds Jenny and Arthur. Due to a variety of comedic misfortunes, the couple are unable to spend their honeymoon period as they wish and end up moving in with Arthur’s parents. Set in Lancashire, the film follows the couple as they adapt to the pressures of married life.

East is East (1999) is a British comedy set in the early 70’s. The film follows the Khan family, a mixed ethnicity family living in Salford. The children rebel against their Pakistani customs causing increasing conflict. The northern setting highlights their anglicised ways in direct contrast to the strict views of their father.

There’s Only one Jimmy Grimble (2000) is a British drama set in Oldham about a 15 year old Mancunian schoolboy who dreams of playing football for Manchester City. The film follows Jimmy as he overcomes bullying and shyness through his love of football.

Which of these films do you remember? Get in touch and share your memories with us.

Emma is an experienced content writer. She enjoys exploring local history and writing about the past. If you have any stories or memories you would like to share, get in touch with us - info@inostalgia.co.uk

Do You Remember These FA Cup Upsets?

Manchester TV Dramas of the 80s 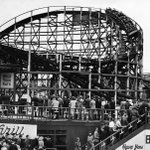