Standfirst: Past Life looks back on two legends of Merseyside football who come face to face in a veterans’ match in 1950

Seventy years ago this winter, two footballing giants from Liverpool and Everton shook hands before a floodlit charity match at Holly Park. Leading the former stars of Everton that night was William ‘Dixie’ Dean, arguably the club’s greatest ever player. He scored...
Read More

Anyone who watched TV in the 1970s will remember the extraordinary group of entertainers assembled by BBC impresario Bill Cotton. They included the comic talents of Dick Emery, Morecambe and Wise and the Two Ronnies – as well as singer Val Doonican and all-rounder...
Read More

February 10, 1958: Manchester United goalkeeper Harry Gregg is pictured days after the Munich air disaster of February 6th that cost the lives of eight of his team-mates.  Described as the ‘Hero of Munich’, Gregg pulled Bobby Charlton, Jackie Blanchflower and...
Read More

Standfirst: Past Life remembers the 33-year political partnership between Harold Wilson and Huyton

Opposition parties always had a tough time of it in the Labour stronghold of Huyton. Conservatives and Liberals were little more than also-rans in the parliamentary constituency created in 1950 and dissolved in 1983. Even Screaming Lord Sutch, the future founder of...
Read More

Welcome to Then and Now, where each week we compare images of Manchester streets, landmarks and buildings from bygone days with how they look today. Our main image this week shows the rousing welcome the Liverpool football team received on returning from the 1950 FA Cup Final at Wembley.

Keep up to date with current news and events at iNostalgia

Take a look at our special iNostalgia feature publications

See how time has changed with our ‘Then and Now’ images

With Christmas fast approaching, do you remember the toys and games every Manchester youngster longed for in the 1960s?

END_OF_DOCUMENT_TOKEN_TO_BE_REPLACED

… plus, Bob Monkhouse stars in Cinderella at the Palace, and Santa swaps his sleigh for Salford squad car.

END_OF_DOCUMENT_TOKEN_TO_BE_REPLACED

Manchester Derbies of the 80s and 90s

END_OF_DOCUMENT_TOKEN_TO_BE_REPLACED

..plus, M61 stretch from Manchester to Preston opens to the public, and Helen Mirren & Tom Courtenay star at Little University Theatre

END_OF_DOCUMENT_TOKEN_TO_BE_REPLACED

Welcome to Then and Now, where each week we compare images of Manchester and Merseyside streets, landmarks and buildings from bygone days with how they look now.

This week our main image shows people trudging down a snowy King Street in the 1970s, probably seeking cover in one of the many shops.

Modern King Street is now home to some of Manchester’s smartest outlets, boasting well-known designer names. A few can be glimpsed in photographer Nicola Mazzuia’s 2019 picture.

But back in Manchester’s Victorian heyday, the street featured the grand Town Hall, which in turn became the Central Library. The original Town Hall was replaced by a new building in Albert Square.

This message is only visible to admins:
Unable to display Facebook posts

We have looked back at the rebuilding of the club after the tradegy and how the team went on to win the European Cup 10 years later. 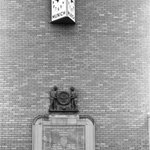 30th January 1967: @PaulMcCartney plays the piano in Knole Park, Kent as The Beatles film the video for “Strawberry Fields Forever”. The song was released in February as a double A-side with “Penny Lane”. The song peaked at number two in the charts. 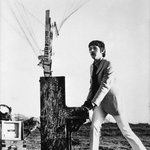 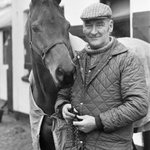 Reply on TwitterRetweet on TwitterLike on Twitter1Twitter
Load More...

Your Return Ticket to the Past

We love to keep in touch with our customers and we’d love to send you our FREE newsletter. To subscribe simply pop your name and email into the boxes and hit the Subscribe button. You will receive an email to confirm your subscription and you're all set!

iNostalgia is a small publishing company based in Manchester. We’re a group of experienced publishers, editors and writers who believe passionately in recording local heritage

We use cookies to ensure that we give you the best experience on our website. If you continue to use this site we will assume that you are happy with it.OkPrivacy policy